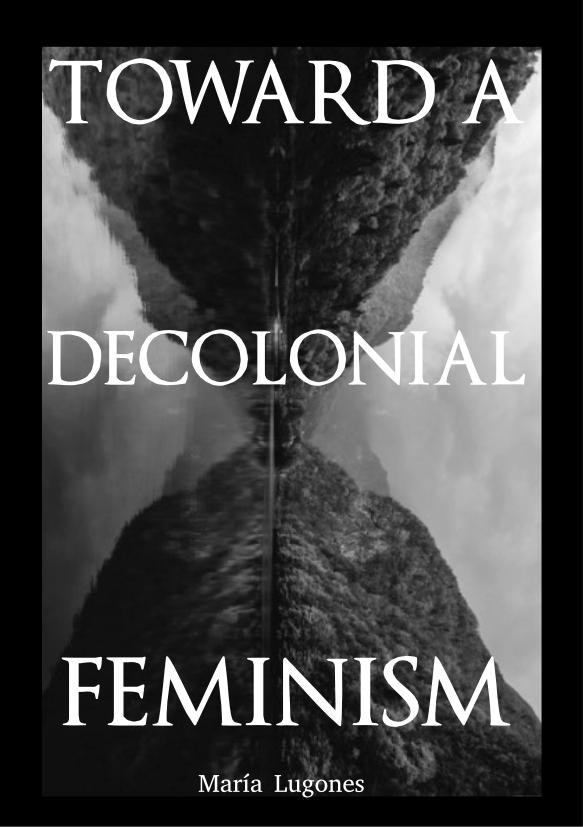 A zine version of the not well enough known text from María Lugones, ‘Toward a decolonial feminism’, looking into the relation at the crossroad of gender and race. (super interesting! give it a try!)